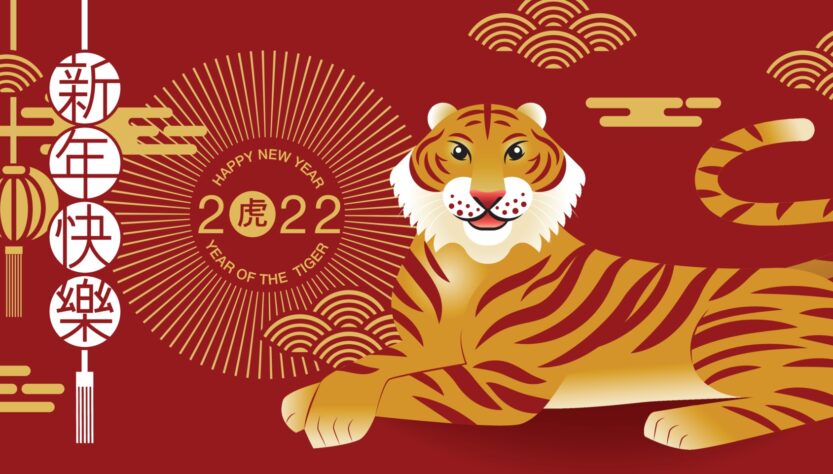 To begin, this is 3rd of the 12-year cycle in the Chinese zodiac which traditionally follows this order:

This cycle then branches according to each zodiac sign; for the Year of the Tiger, it follows this order:

Key Characteristics of the Tiger & the Water Tiger

For every Chinese zodiac, there are said to be specific characteristics that those who are born into them carry throughout their lives. Individuals born in the Year of the Tiger are confident, independent and optimistic, just like the animal and the pride they radiate.

Their charm also radiates, encouraging people to be instinctively drawn to their energy whenever they walk into the room. However, these individuals can also feel isolated and lonely when their occasional thoughtlessness and rebellious nature is left to run free.

The Water Tiger is still ultimately a tiger, so individuals born in this particular year still portray power, courage and a tough exterior. Although, they are also seen as a calmer, more rational and realistic Tiger compared to others in the 60-year zodiac. Another trait is that Water Tigers are relationship-oriented and dedicated to family life.

Celebrities Born in the Year of the Tiger

Do you know any famous Tigers? Here’s a list of some celebrities who were born in the Year of the Tiger and what type of Tiger they are:

Superstitions & Traditions of the Year of the Tiger

All of these colours, numbers, flowers and directions should be avoided. Do you know what year you were born into? Take a closer look at the origins of each Chinese zodiac and you might just reveal something about yourself you didn’t know.